It feels so right making my first official scoop score stop at Farmer’s Daughters‘ in Saratoga, NY with my dad. Not only is there some nice symmetry with me being a farmer’s daughter and all that, but this has been a go-to stop for us for as long as I can remember. So it seems only fitting that we should start here. 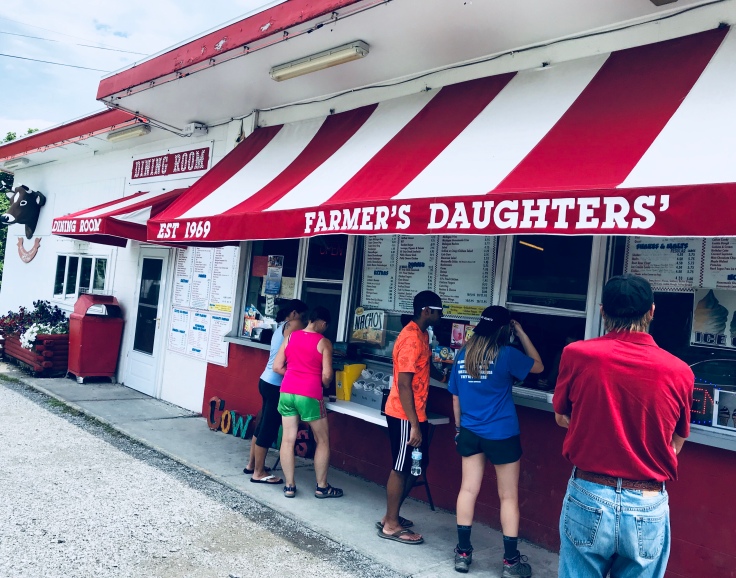 Known for its soft serve, this place is a no-frills stop off of Rt. 29 on the drive from our farm to Saratoga. It was a big deal to go here as a kid. They do have a pretty extensive ice cream menu of hard ice creams, but I’ve ever seen many folks go for them. Those in the know get the soft serve, either vanilla / chocolate or coffee / black raspberry. And they do this well.

They also have a full restaurant with an ever-expanding selection of greasy, fried fare. Don’t do it. Just stroll up to the window and order a kiddie sized cone and their insane portions will suffice for a meal.

My memories may be fonder than reality, but I’m afraid the quality may not be quite what used to be. Even so, we didn’t leave disappointed.

Dad ordered his usual coffee raspberry twist, and I got the chocolate vanilla. Both were decidedly creamy and rich, but not too rich. Don’t stand around and savor it, though. Better lap it up fast, or you’ll soon be wearing it! It was a warm day, mind you, but not that warm.

This was our first official stop, so we learned a lot. First, we’re clearly going to have to pace ourselves. A kiddie sized cone just about did even my dad in – and that’s saying something!

Anecdotal for this trip, but worth noting that the quality here can be inconsistent at times. Luckily, by this date in July, I’d say the kids have gotten the hang of things. But with a young, seasonal staff, I would advise avoiding going early in the season when the kids haven’t been trained yet. The ice cream simply isn’t the same quality.

But, for purposes of this visit, it remains one of my favorite tried and true scoop stops on a trip home. While the staff, management and menu has changed over the years, they have managed to hold true to their soft serve roots, never selling out to the 100 flavors or flavor burst nonsense.

I want to give a shout out to my dad for being so supportive and a solid partner in crime for my first few scoop stops and assisting with the development of my scoop scoring system. Thanks, Dad! 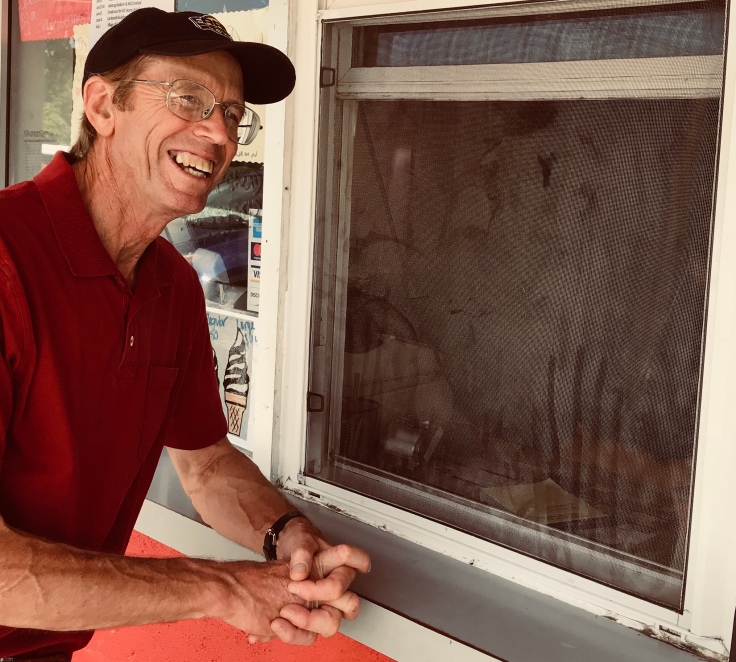