We have arrived at part two of my Oregon odyssey and a major highlight of our visit to Portland: a stop at Salt & Straw. 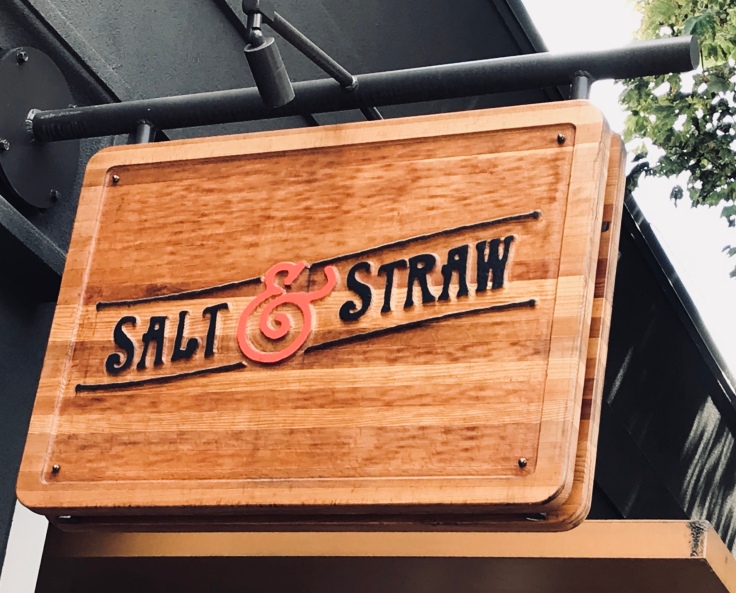 While this shop can also be found in San Francisco, I have been holding off so that I could start with the original. Born and raised in Portland, this shop got its start as a push cart by a couple of cousins with a love of ice cream, a penchant for wild experimentation, and a desire to create a great local place to hang out. Now they have brick-and-mortar locations all over Portland, as well as L.A., San Francisco, San Diego and Seattle.

My virgin Salt & Straw experience was at the NW 23rd Ave location. It took a few tries to actually make this happen. We took a peak at opening time Friday morning just to get the lay of the land and take some mental notes for what to look forward later to after taking a bike ride around the city. By the time we made it back mid-afternoon, though, the line was snaking around the block. Apparently this is a regular thing. (I am a little ashamed I wasn’t in the know.)

“Before noon customers started lining up: first, a trio of girls who stared excitedly at the flavor board, giggling like teenagers at a One Direction concert. By nightfall, the tiny shop had Jay Z tracks pumping and 100-strong milling outside, all waiting for an experience.”
-Karen Brooks, Portland Monthly Magazine

After 30 minutes and making very little headway, we opted to try again the next day. A  visit promptly at noontime on a gloomier day yielded quicker results. We were in!

It’s no wonder this place has featured on Bizarre Foods with Andrew Zimmerman. The menu is out of control. They are always mixing things up with new limited edition flavors created from what’s in season or through interesting chef partnerships. Some of the results are pretty out there (Bone Marrow & Smoked Cherries? Yikes!)

You can sample as many flavors as you like, which is why the wait times can be so intense. But hey, how else are you going to be able to decide what to commit to when you only have a limited time opportunity to try so many great options? Another great feature is their “tasting flight,” which allows you to have four little scoops in separate bowls for a true tasting experience. 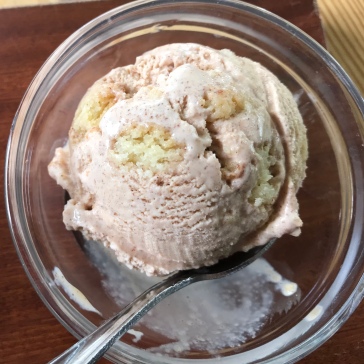 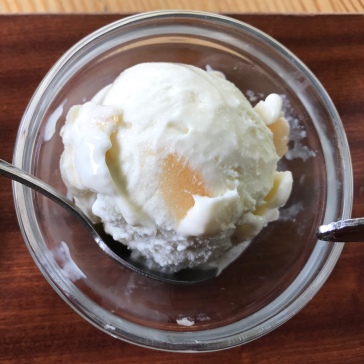 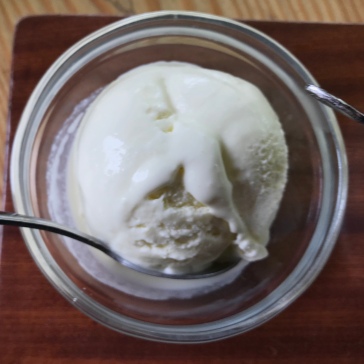 After much debate (and sampling), my husband and I settled on the final four:

Overall, this place is not so much about the consistency and quality of the ice cream as it is unique experience. They are churning up some bold, downright brave flavor combinations. And frankly, some of them are pretty darn awful (a fact that’s well documented). But their presentation is outstanding and their creativity inspiring. Time will tell whether it’s popularity is a passing fad or if they are a brand on the verge of world domination. In the meantime, I’d say it’s worth hopping in line for the fun of it.